With a second restaurant on the cards in London’s Mayfair, TV personality and celebrity chef Judy Joo, has just taken the keys to an all-new Optima PHEV. Judy and her team have been driving a Kia Optima around London since 2015, utilising the car’s spacious boot by collecting specialist ingredients for Judy’s restaurant, JINJUU in Soho.

Judy Joo said: “We have always found our previous Optima incredibly useful and stylish. This all-new model will be perfect for getting between my two JINJUU restaurants in London, and I am pleased it will now tick another box- being better for the environment”.

Steve Kitson, Director of Corporate Communications at Kia Motors UK, said: “We are proud to upgrade Judy Joo to the much greener Optima PHEV, especially with the opening of another JINJUU in Mayfair, I am sure it will help a great deal”.

Judy Joo describes herself as a “French-trained American Korean Londoner”. She has had roles as an ‘Iron Chef’ in the UK and has been the host of “Korean Food Made Simple’ on both the Cooking Channel USA and the Food Network worldwide, as well as writing a cookery book by the same title. 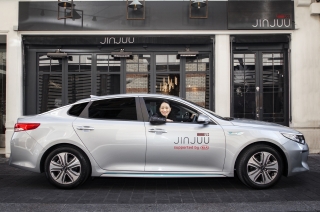 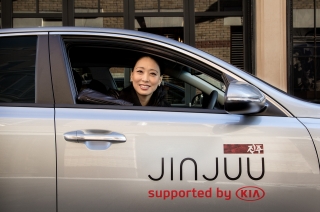 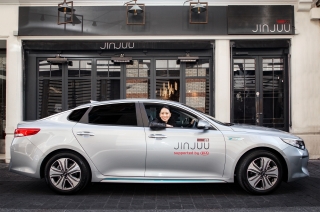