Kia Motors has revealed early details of its latest production model, the all-new Kia Rio five-door hatchback, which will make its World Premiere in Europe at the 75th Salon de L'Automobile in Geneva, Switzerland, on 1 March 2005.

The new Rio is completely redesigned from the ground up, created especially with our European consumers in mind and offers customers more space, more power, higher performance, better handling, a smoother ride and enhanced fuel economy.

Although Kia has retained the existing model's name, the company has once again raised its game and New Rio is a very different kind of Kia.  It is a high-quality rival to match or surpass the best B-Segment products from the traditional European brands that dominate the sector.

According to Kia Motors (UK) Limited Managing Director, Paul Williams: "Rio, when it arrives in the UK in late summer, will complete the modernisation and expansion of our range - allowing Kia to compete head-on in all of the biggest sectors with up-to-the-minute products that combine the latest technology, excellent specification and outstanding value.

"Over the last three years we have introduced all-new cars into all the main segments of the UK market and in every case we have enjoyed fantastic success. The motoring public recognises that Kia stands for good quality without an excessive price tag and that our products complement their lives and interests rather than trying to dominate them with badge status.

"I am certain Rio will follow that trend and enable more UK motorists to make a logical choice in what is the biggest sector of the market," he added.

Unusually in modern times, the Kia Rio is a new model that also comes with three new or fully-revised engines.  The two gasoline engines and one high-performance diesel will offer customers ‘best-in-class' power outputs that will make Kia a leader in the segment.  New Rio is the third Kia passenger car to be available with a diesel engine.

Taller, wider and shorter than the model it replaces, the new Rio has a much longer wheelbase and much improved packaging to offer significantly more cabin space than its predecessor.  The new Rio line-up will feature a total of 20 models across Europe, and customers can choose from two body styles and manual or automatic transmission.

A four-door sedan version of Rio was unveiled at the Detroit Motor Show in January, but currently there are no plans for this version to be sold in the UK. 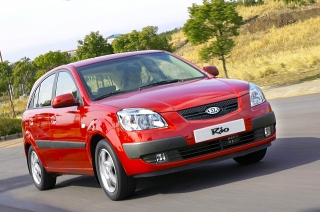 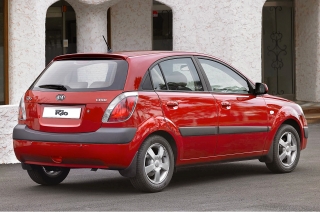 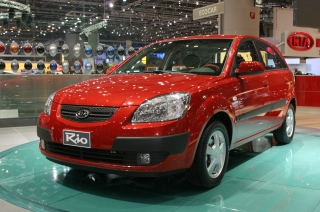 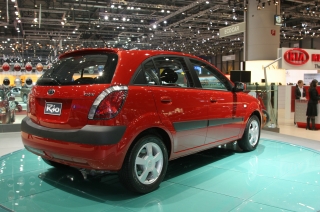